The concept of endowing a modern residential complex with philosophy and values ​​is already becoming traditional. And to convey this, light is one of the key points. Taryan Towers' main idea is futurism, these are real towers of the future.

In addition to media illumination of the façade (and this is the most complex project in which we developed not only the light, but also the structure, since there were no ready-made solutions for it), we developed an innovative lighting design for the lobby and corridors.

The main feature of the hall is a media art installation, which is integrated into the general philosophy of Taryan's lighting design and values. When working with a projection installation, the light must be designed so that it does not illuminate the installation, but emphasizes it favorably from all sides.

The difficulty was that the surface on which we made the projection is metallic paint, which reflects the surface. Speaking of fakups, at first we didn't even take this into account, so we had to add a second projector at a different angle, which compensates for the reflections.

In the corridors, we carefully selected a combination of light contrast, overall brightness and glow tint. We linked lighting scenarios into a single system using the Expolight Cloud Control System. The controller automatically creates a different light atmosphere at different times of the day, which makes the towers of the future as comfortable as possible for their residents. 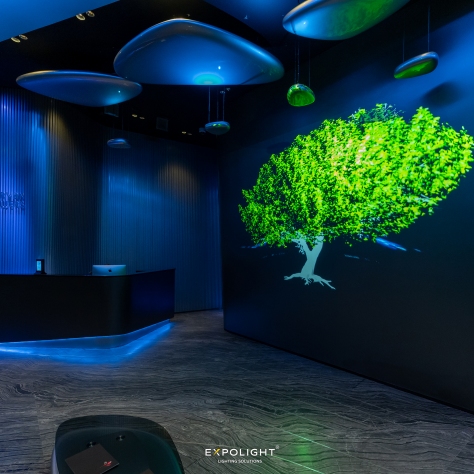 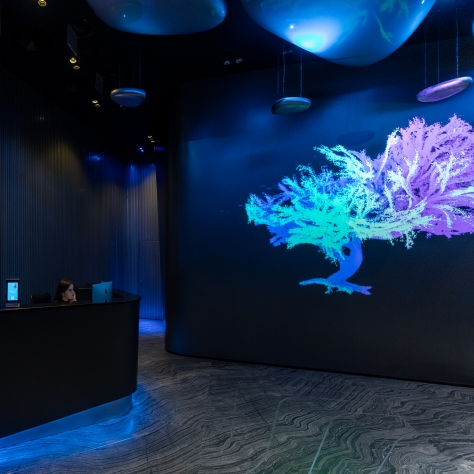 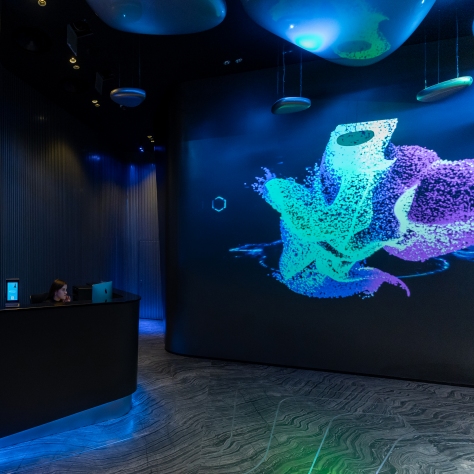 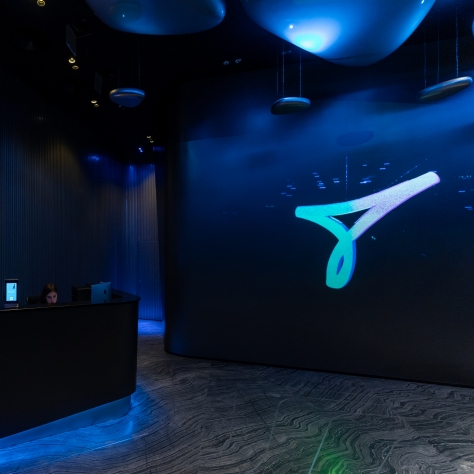 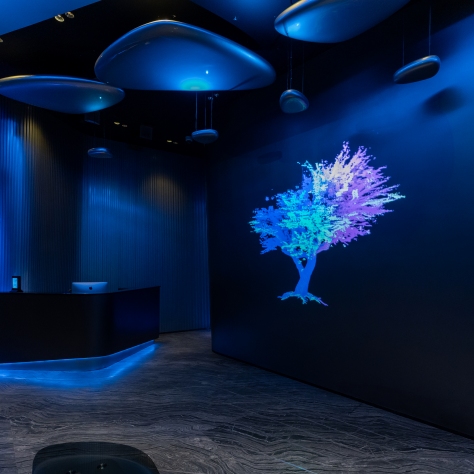 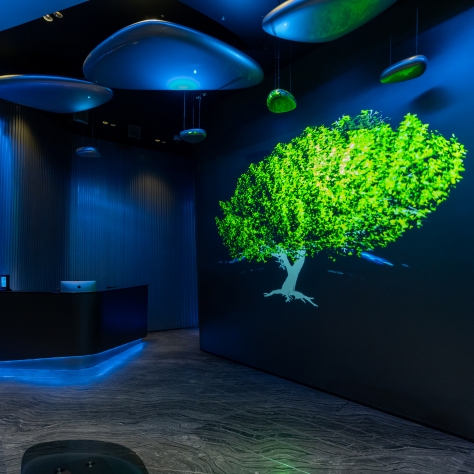 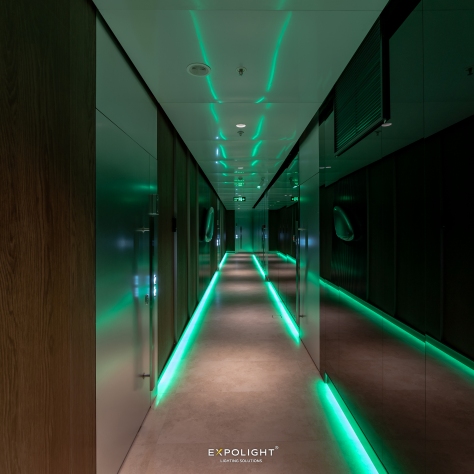 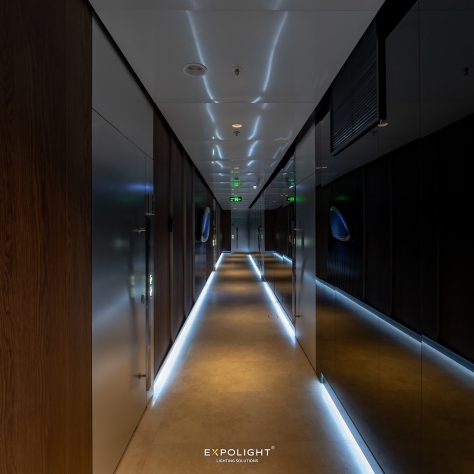 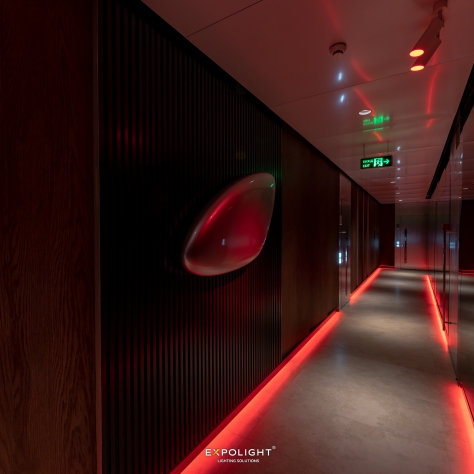 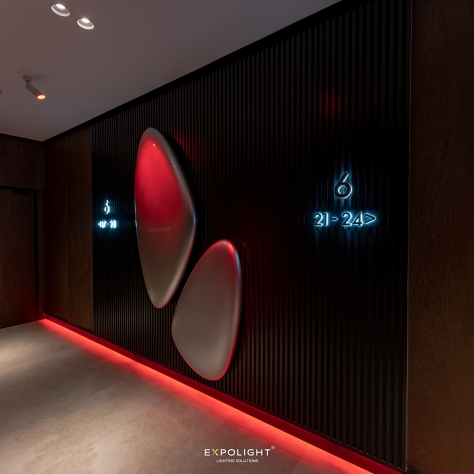 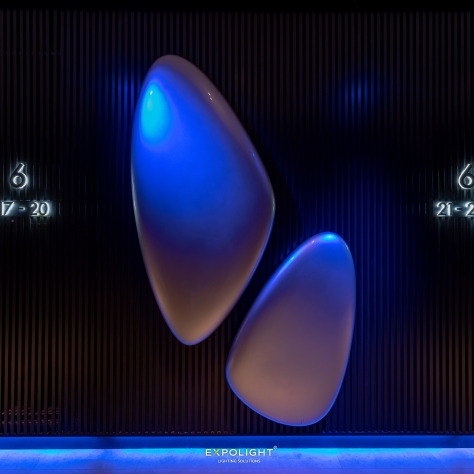 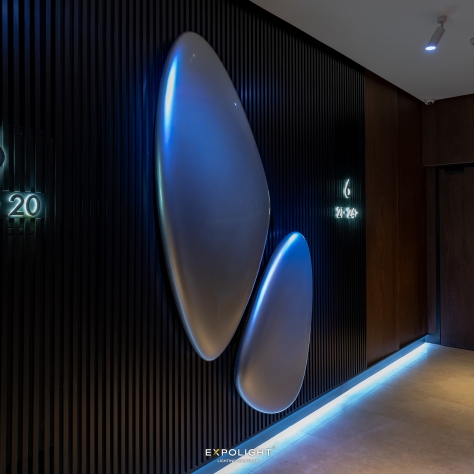 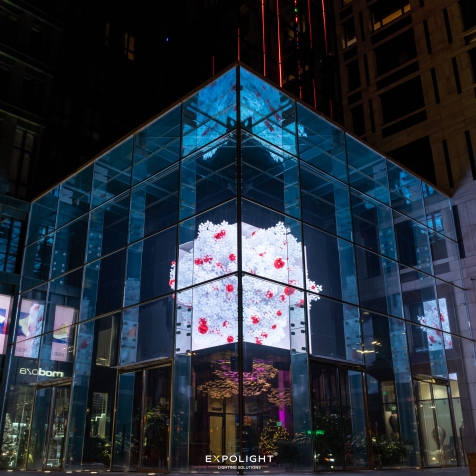 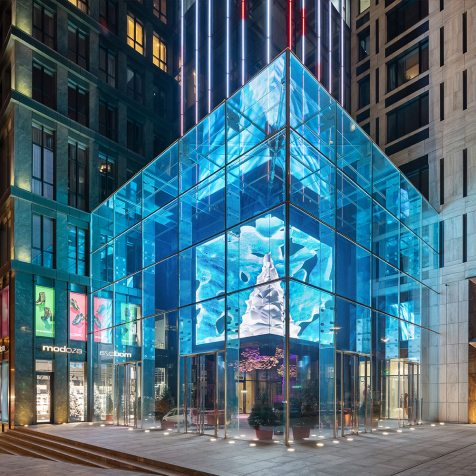